Notice: Trying to access array offset on value of type null in /data/prod/designguide/www/vendor/mustache/mustache/src/Mustache/Parser.php on line 278
 At a Crossroads - Guide to Polish Design
Alternate version of the website 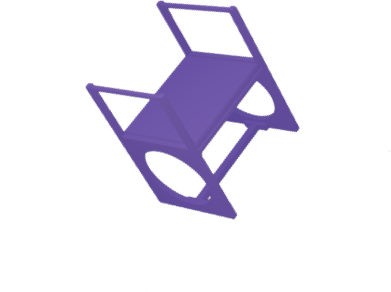 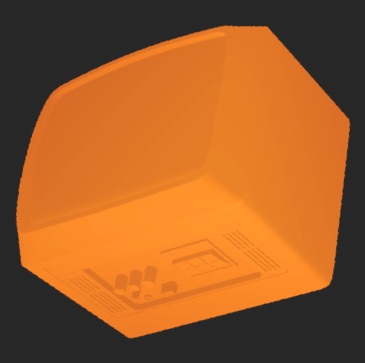 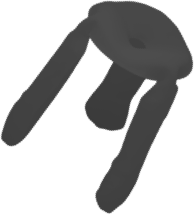 The 1980s are known as the ‘lost decade’. The political crisis and the introduction of Martial Law in Poland in December 1981 affected every possible aspect of life, including design. The growth of the economy halted. Most of the design unions, associations and departments were closed down. An embargo was imposed on materials and resources. The technological gap between Polish and foreign products was quickly widening. Most notably, there was a lack of consumer goods on the market. In 1983, the Warsaw Institute of Industrial Design organised a game-changing exhibition called Design: A Socially Useful Art. It did not present many products, but rather concentrated on design goals. It shifted the discussion about design from products to design’s mission. When designing actual products was made practically impossible, it opened up space for theoretical deliberations.

Graduates of design faculties all over the country had trouble finding jobs. Eventually some found jobs as teachers, others in private companies. Most, however, gave up design altogether, or left Poland. Some managed to set up their own companies – small, often family companies, which produced and sold everyday objects or furniture. Despite the economic crisis, or maybe precisely because of it, they managed to succeed. What was key here was the combination of the role of designer and of producer. This ‘DIY movement’ is one of the most intriguing phenomena of the 1980s. And then came 1989.

The Round Table Talks brought about the transformation of the political system. Parliamentary democracy was in and the communist regime finally came to an end. Everything changed. Poland was no longer stuck behind the Iron Curtain and finally had a free market economy. This was wonderful for designers, but also something of a challenge, as they had to build new paths of co-operation and had so much more to work with. The world was their oyster. In 1993, the Institute for Industrial Design launched the Dobry Wzór (Good Design) competition which honoured the best and brightest of Polish design, and still does, to this day.

Tomasz Andrzej Rutkiewicz, who worked at the Electrotechnical Institute, knew the Polish lighting industry well. Together with Bartłomiej Pniewski, he designed the ART light fixture. The ART system was a well-designed lighting set up based on a dozen or so standard elements cut and bent from sheet metal (lampshades, covers, rails) and plastic connectors. It was a multi-purpose lamp – one could be used as a desk lamp, while a set mounted on rails could light an entire room. The designers made a product that could be fully configured by the user. The prototype was first shown in Poznań, where it was met with critical acclaim and was immediately put into production. In 1981, the ART lamps won an honourable mention at the Die Gute Form trade fair in Hannover. Innovative and different, it shone bright in 1980s Poland.

At the beginning of the 1980s, Krzysztof Meisner designed a unibody car prototype. The design began inside out – literally. Unusually, it was the interior that was designed first. The objective was to create a car that five people could travel in comfortably. After a lot of research, the interior was completed and was covered with a streamlined body. The body, shaped like a drop of water, had an extremely low drag coefficient – 0.26, which meant the car only burned 3.9 litres of gas per 100 kilometres. Its modern looks and design solutions were what really made the car stand out. Despite all of this, however, the car never went into mass production. Only seven prototypes were made – each one just slightly different than the other.

BESKID car, designed by Krzysztof Meisner, 1983
Photo: courtesy of the Museum of Technology in Warsaw

Today, the remaining Beskids can be seen in automotive museums around the country. But why wasn’t the Beskid produced? Officially, it was supposed to be because of economic reasons. Poland’s economic situation in the 1980s was indeed dire. Other countries were interested in licensing and producing the car, but the ideas never came to fruition. Even so, the unique body was patented and saved for later. Yet, by the time the patent had expired, the Polish car industry had moved on to other things and the patent was never renewed. However, when Renault came out in 1993 with the first Twingo – a compact, streamlined unibody car – it was hard not to notice its similarities to the Beskid. It remains a controversial topic.

When times were toughest for designers in Poland, the husband-and-wife duo Małgorzata and Wojciech Małolepszy teamed up with Kazimierz Piotrowski and opened their own design studio – Studio MP. And that is where, in 1987, the Żabka (Froggy) toy was born. The wooden toy was a beloved childrens’ toy for two decades. It was sold in Cepelia folk art stores all over the country and exported abroad and was even sold in Polish IKEAs! Wooden moving toys had been popular in folk culture for a long time. The story of this frog however, began not as as an homage to Polish folk, but very personally.

Żabka was a toy created for the Małolepszys’ son Staś. They used the materials that were available and recreated in wood a frog jumping and croaking. Several wooden elements with a construction axis that changes the centre of gravity, and voilà! – when we pull the string, the frog comes alive. Since the frog was such a hit, Studio MP made a whole series of wooden animal toys, including a duck and a centipede. After a short hiatus, the frog was made available again for today’s toddlers thanks to the WellDone design studio.

The economic transformation was a great challenge for Polish companies, both small and large. So many foreign goods flooded the Polish market, that it was hard for them to keep up. ZELMER was one of the Polish companies which managed not only to introduce changes efficiently, but even managed to expand. ZELMER quickly became synonymous with reliable and well-designed products. The key to these changes was design. ZELMER began working with the Triada Design studio (Marek Liskiewicz, Stanisław Półtorak and Marek Suchowiak). This resulted in products that people wanted to own, like their ELF and ORION vacuum cleaners.

ZELMER’s coffeemaker helped them build their image as a modern company. They took the timeless hourglass shape that coffee lovers around the globe love, and dressed it up in black plastic, metal and glass. Another product that really cemented their success was the DIANA meat grinder. Although today it might seem like an unnecessary appliance, in 1990s Poland it was common for people to grind their own meat. When DIANA came, it was a modern marvel. Simple, compact, affordable and electric, it was a game-changer. Its simple design brought to mind the structure of a bone. DIANA went on to win numerous awards in Poland and abroad, and became a staple of ZELMER’s line of kitchen appliances.

The capital city of Polish ceramics is Bolesławiec, located in the Dolny Śląsk region. The surrounding area is rich in clay deposits perfect for making earthenware goods, a fact that was well-known among artisans as early as the Middle Ages. Bolesławiec pottery was popular for centuries, but it was Bronisław Wolanin who brought it into the 20th century. The new shapes, glazes and types of decoration that he introduced made Bolesławiec pottery famous worldwide. He combined simple forms with folk traditions.

At the beginning of the 1980s, the factory returned to the use of stamping techniques. Dots, lines, circles, crosses – thanks to multiplying them over and over, they created extraordinarily beautiful intricate patterns. Pottery from Bolesławiec became synonymous with the best souvenirs from Poland in the 1990s – and it still rings true today. Today, the factories in Bolesławiec, keen to make a mark in the 21st century, have begun working with contemporary Polish designers to create new takes on an old tradition.

Stoneware is an important part of everyday 1980s Poland. The relatively solid and almost shatterproof tableware could be seen in many Polish households, as well as restaurants or hotels that served traditional Polish food. It all came from the legendary Bolesławiec ceramics factories. At the time, Janina Bany-Kozłowska was their head designer and she created a real prototyping department. Her designs drew on the factory’s traditional background, while also looking for modern forms. The tableware she designed in the 1980s was available in both Poland and abroad.

Bany-Kozłowska created ceramics which were both extremely simple in form and austere in style. At the same time, they displayed the natural qualities of the material (such as in her set of stoneware dishes) alongside patterns reaching for the language of geometry (see her Trójkąt, Eng: ‘Triangle’). Decorations were most often very sparse – she repeatedly used matt enamel in natural colours on the outside and a light feldspar glaze in the middle. At times, she used a stamping technique, making each and every piece of ceramic truly unique.